Study Of The Stars 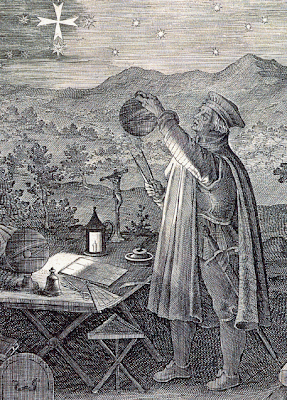 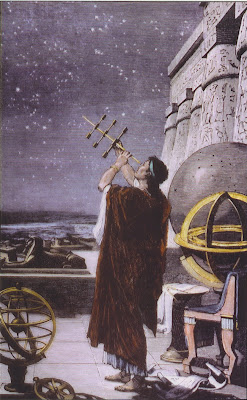 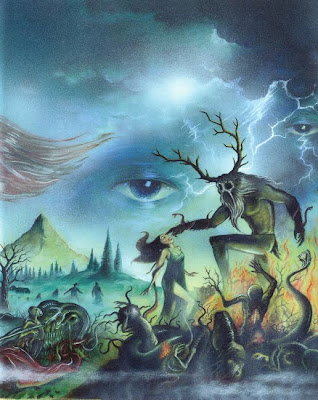 "For tens of thousands of years, human beings have been fascinated by the patterns of stars in the sky above Earth. Early on, they noticed that the Moon changed shape from night to night as well as its position among the stars.
Early people noticed constellations of stars in the sky that looked like animals and people, and made up stories about what they thought they saw. In fact, the oldest records we have of astronomical observations are 30,000-year-old paintings found on the walls of caves.

Calendars. The first astronomers created calendars from changes they saw in the Moon. Some ancient people around 5,000 years ago set up large stones to mark the movement of the Sun and other stars.

One of those old observatories is Stonehenge in what we now call England.

Ancient natives of North American lined up circles of stones with the Sun and stars to chart the rising Sun and the begining of summers.

In southern Mexico, the Mayans built special buildings to watch the Moon and the planet Venus. They had a calendar by 800 A.D. that was more accurate than the calendar used in Europe.

Ancient Egyptians depended on the Nile River to flood their fields and make it possible to grow crops. They became the first to use a calendar with a 365-day year after their priests discovered that flooding returned about every 365 days.

Egyptian Pyramids. Ancient Egyptians were very interested in the night sky. In particular, they were drawn to two bright stars that always could be seen circling the North Pole. The Egyptians referred to those stars as "the indestructibles."

Egyptians associated those two stars with eternity and the afterlife of a king -- a pharaoh. After death, a pharaoh would hope to join those circumpolar stars. Pharaohs were buried in pyramids.

Egyptians aligned their pyramids and temples toward the north because they believed their pharaohs became stars in the northern sky after they died. To assure that a king would join the circumpolar stars, the pyramids were laid out facing due north toward the "indestructible" stars. They thought that aligning the pyramids toward north gave the deceased pharaohs direct access to the northern sky.

Each of the two stars was about 10 degrees from the celestial pole which lay directly between them. When one star was exactly above the other in the sky, astronomers could find a line that pointed due north. That alignment was only true for a few years around 2,500 B.C.

An Egyptian astronomer might have held up a plumb line and waited for the night sky to slowly pivot around the unmarked pole as the Earth rotated. When the plumb line exactly intersected both stars -- one about 10 degrees above the invisible pole and the other 10 degrees below it -- the sight line to the horizon would aim directly north.

However, Earth's axis is unstable. Our planet wobbles like a gyroscope over a period of 26,000 years. Modern astronomers now know that the celestial north pole was exactly aligned between Kochab and Mizar only in the year 2467 B.C. Before or after that date, the Egyptian astronomers would have been less accurate as they tried to mark true north.

The Great Pyramid at Giza is known today as one of the Seven Wonders of the Ancient World. Nearly 4,500 years ago, in the year 2467 B.C., the "indestructible" stars lay precisely along a straight line that included the celestial pole. Research suggests that the Great Pyramid at Giza was constructed within 10 years of 2,480 B.C.

Polaris is today's north star. It was in the wrong position 4,500 years ago to help the pyramid builders.

Predicting the Future. The ancient Babylonians viewed the Universe as a flat disk of land surrounded by water. They were the first people to keep detailed records of the paths of planets. Like most ancient people, Babylonians believed that studying planetary movements could help them predict the future. In fact, according to a biblical story, the people of a Babylonian city tried to build a stairway to the stars. That was the Tower of Babel.

Greek Venus. Early Greek astronomers learned from the Babylonians. The Greek philosopher Pythagoras about 550 B.C. noticed that the so-called evening star and morning star were the same body. Today, we know that body to be the planet Venus.

Sun-centered. The first to suggest the Heliocentric theory of gravitation was the Greek philosopher Aristarchus of Samos in the 4th century B.C. who put forth the then-radical view that Earth and other planets revolve around the Sun.

Flat World. Greeks thought Earth was flat. One described the world as a disk floating inside a hollow ball. However, Greek astronomers later came to think correctly of Earth as shaped like a ball. Others suggested correctly that moonlight was reflected sunlight.

Ptolemy. Ptolemy described Earth as a huge ball at the center of the Universe with objects circling around it. Each planet moved in a separate circle. In his view, the Moon was lowest. Then came Mercury, Venus, the Sun, Mars, Jupiter and Saturn. The stars were farthest out. To explain why planets seemed to change direction, Ptolemy used old calculations by Hipparchus to understand planetary motion. Hipparchus worked about 130 B.C. and Ptolemy about A.D. 150, which suggestes it took 280 years to come up with the complicated scheme used to predict future positions of planets.

Curved Earth. Modern photographs from space show that Earth is spherical. People on one side of the planet don't fear falling off the edge of Earth when they travel to the other side of the planet. We know it is possible to fly around the Earth. From the time of Christopher Columbus, voyagers have experienced the round world.

Pythagoras. The idea of Earth as a sphere was abroad as early as the 6th century B.C. with Pythagoras of Samos.

Aristotle. In the 4th century B.C., Aristotle of Stagira knew the Earth was round because of eclipses observed when Earth passed between the Moon and the Sun.

Eratosthenes. In the 3rd century B.C., Eratosthenes was a Greek astronomer working in Egypt when he noticed the Sun directly over one city cast a shadow in another city 500 miles north. Eratosthenes understood correctly that meant Earth's surface is curved. He calculated correctly that Earth is a ball about 25,000 miles around.

Arab Astronomy. After Ptolemy, Greek science faded. Fortunately, a large Arab empire developed from 632 A.D. and Arab astronomers discovered the old Greek books on science and mathematics. They translated those works into Arabic and then improved on the Greeks.

al-Battani. For instance, al-Battani working about 900 A.D. devised new ways of calculating planetary positions. If it hadn't been for Arabs, Greek science would have been lost.

Astrolabes. "Star-finders" or astrolabes were created by Arab astronomers to solve complicated astronomy problems. One side of an astrolabe contained a detailed star map.

Supernova. In July 1054, a star could be seen blazing in the heavens. For three weeks it was so bright it could be seen in daylight. The only reason we know of it today is because Arab, Chinese, Japanese and Native American astronomers noted it. That supernova created what we now call the Crab Nebula.

China. Chinese astronomers wrote about a "guest star" in the constellation Taurus that became four times brighter than Venus and was visible in daylight for 23 days. The yellow colored "guest star" was visible to the naked eye at night for 653 days.

Anasazi. It is thought to have been recorded in pottery by Anasazi Indian artists living on land we now call Arizona and New Mexico, and by the Mimbres Indians of New Mexico.

Euro tune out. European astronomers apparently took no interest, or at least no records of European or Arab observations of the 1054 supernovahave survived to modern times.

More Recent Investigations
Copernicus. Europeans eventually began to translate into Latin the Arabic versions of the old Greek books. However, the Greek Universe then seemed too complicated to European astronomers.

The Polish astronomer Copernicus decided during the 16th century that it would be simpler to place the Sun at the center of the Universe with planets circling the Sun. That meant Earth also would circle the Sun. Astronomers argued about Copernicus' theory for decades.

Tycho Brahe. European astronomers continued to discover errors in the Greek way of thinking. After Danish astronomer Tycho Brahe in 1572 spotted a bright new star -- a supernova -- the star faded. That contradicted the Greeks who had said the sky never changed. From his observatory in Denmark, Tycho Brahe recorded the position of the supernova so precisely that modern astronomers have photographed its remains.

Brahe also discovered that comets are farther from Earth than the Moon. The Greeks had thought comets were inside Earth's atmosphere.

Galileo. The Europeans continued to look for new ideas. A turning point came with invention of the telescope in Holland. Galileo, an Italian astronomer, heard of the invention and built his own. In 1609, Galileo saw through his telescope that the Moon had craters, mountains, and places that seemed to be seas.

Galileo also saw the planet Jupiter had four moons orbiting it. And he noticed that Venus changed shape in a manner similar to the Moon. With his telescope he could see many stars that were too dim to be seen without it. That concept did not match the Greek view of Earth as the center of the Universe. What we think of today as modern astronomy was born.

21st Century. Of course, today, in addition to optical telescopes, astronomers have instruments to receive radio waves and other kinds of energy from objects too far away to be seen. In recent decades, astronomy instruments have been sent to space from where we learn about things of which the ancient astronomers never dreamed. "