Filmed By: William Landers
Posted by The Hugs at 9:24 PM 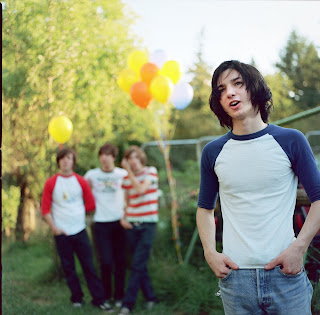 We have released properly our debut album last month. It's self titled and we have plenty of copies. It is available exclusively at shows and on CD BABY. . . Go to this link right now and purchase your copy now!
www.CDBaby.com/CD/Hugs
...In support we are going on the road with 1776. A great new band from Washington. We hit up all the cool spots: Seattle, Eugene, Salem, Portland, Tacoma. All you lucky people in those cities come see us!
The Hugs
Posted by The Hugs at 1:13 AM

Check Out The Hugs In Interview Magazine! 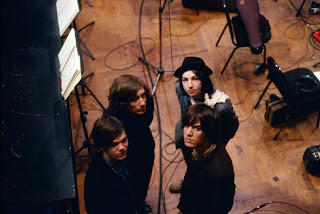 When The Hugs were living in London, England we went to visit Gus Van Sant at AIR studios in London and met up with him and watched the last minute of "Milk" being scored with a full piece orchestra. It was a delight, beyond that we also had the pleasure to have our photo's taken and an article in Interview Magazine. Go grab a copy off news stands now!
OR...
Follow this link to Read the full article on Interview Magazines website!!
http://www.interviewmagazine.com/music/the-hugs/
More coming soon!
Danny DEE
Posted by The Hugs at 10:18 PM

The Smartest Man in the World?

This is Chris Langan. 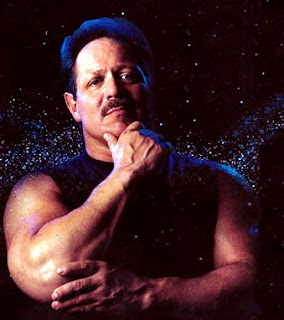 Formally a bouncer at a bar, he now owns and operates a horse ranch in northern Missouri. When he's not refilling chicken feed, he's spending his down time theorizing his Cognitive-Theoretic Model of the Universe, (CTMU) which in a simplistic, Wikipedia nutshell, is a "theory of the relationship between mind and reality".
According to 20/20, after given a thorough IQ test, Chris "broke through the ceiling", scoring an astounding 210! To put that into perspective, the average IQ for the average Joe is more or less around the 100 range. Mental retardation is apparent in the 65 range and lower. That's about a 35 point difference. Chris's score, between the average, is more than 3x that difference!
Whether or not this makes Chris the smartest man in America, or even the world, in accordance to Chris's everyday life, he could care less. When Asked, "Have you ever met anyone smarter than yourself?" his reply was...
"As near as I can tell no. And if somebody walked up right now and claimed to be smarter than me, I'd put him through his paces. I'd try to find out, how sophisticated a picture of reality he'd evolved. I'd try to see what he was holding in his mind simultaneously and what he could do. I wouldn't give him necessarily an IQ test. I'd look at his productions. Am I capable of understand his productions? Is he capable of understanding mine? If the answer to that were in his favor, than I would have to say 'He's more intelligent than I am.' But that wouldn't necessarily stop me from doing what I have to do. Is he out there? I doubt it. Could be, I don't rule it out. I'm not in complete control of reality."
Here is a full interview from an episode of First Person.
Nic
Posted by The Hugs at 12:58 PM 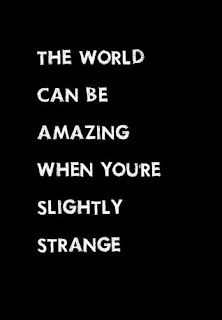 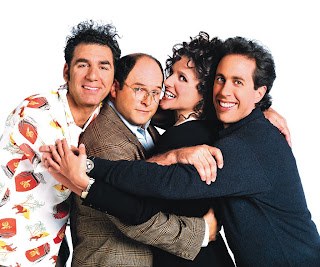 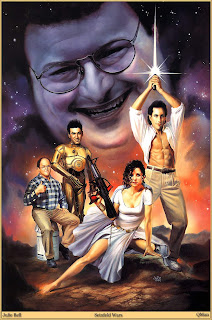 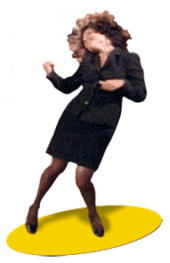 I have been watching the famous comedy show Seinfeld lately. It's a great show and has some very special plots and funny twists. If you have not dug into the show, I suggest you do now. Season 5,6,7,8 are the best!
Danny
Posted by The Hugs at 10:12 PM

The Hugs from How's Your News? on Vimeo. 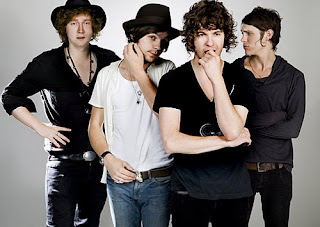 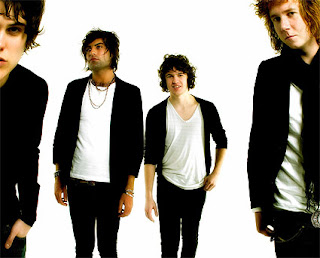 I have liked the kooks for a long time, they quite perfectly capture great pop rock music.

Astonishing lyrics and melody's that sing in your head all day.
Luke Pritchard is a good song writing talent, they hail from the beaches of Brighton, England. Go Kooks! I am currently listening to there second LP! Go get it, it's titled "Konk"!
DANNY DELEGATO
Posted by The Hugs at 11:45 PM

The Hugs in Interview Magazine! 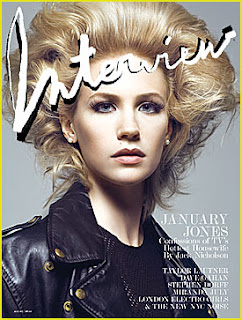 Look For the Hugs in the August issue of Interview magazine. First 500 to read the article will receive a private show and a sweet n' spicy southern style chicken meal cooked and prepared by no one other than our very own drummer Kelly McKenzie in the flesh!... As in he will be naked.
Nic.
Posted by The Hugs at 7:25 PM 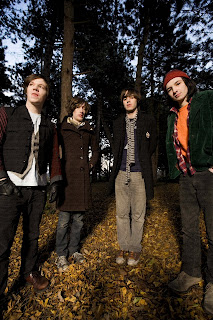 The Hugs In London (Video)

Sweet new chick, got style... Watch for her ! 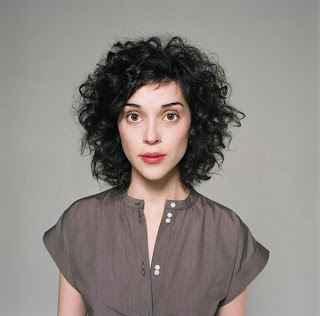 The Hugs
PS. Second LP is almost finished!
Posted by The Hugs at 12:08 AM

Perhaps the biggest band on planet Earth. . .
A cool/funny video of them almost a decade ago. Great band, may they spread there love...Go Coldplay!
Danny
Posted by The Hugs at 5:47 PM