a23 Loop One - anton newcombe / music for film imagined 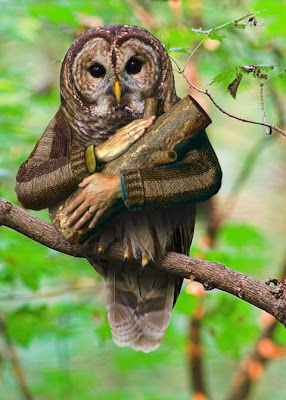 Moon From The UFO 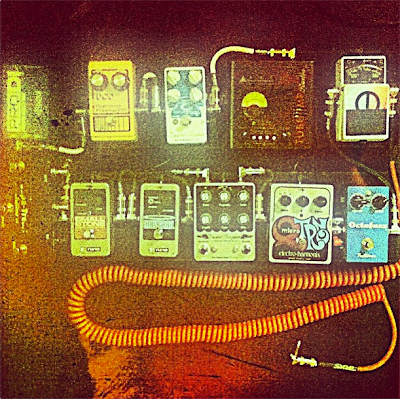 http://unknownmortalorchestra.com/
Posted by The Hugs at 3:04 AM

"Kill Kyle" is taken from the upcoming album "Seven Year Setlist" (released June 17th). Check out The View
Posted by The Hugs at 3:00 AM 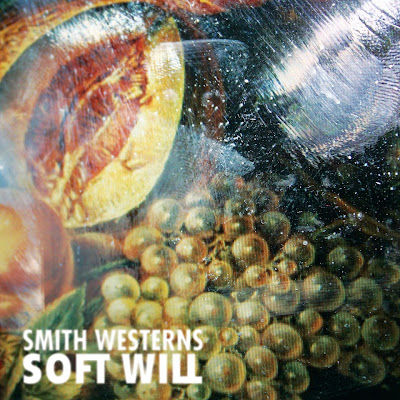 How To Tell? (Disinformation)

"For every question, there are a plethora of answers. What is the harvest?  Will some people get left behind?

So how will you know which answer is the truth and which ones are disinformation?
The ultimate answer will be found within your own discernment. In other words, if it sounds like the truth to you, then it probably is.  Like Gandhi said, “Even if you are the minority of one, the truth is still the truth.” Your higher self and your discernment will always lead you in the right direction, even if it sometimes feels like you are taking the wrong path.  When we choose the longer of two paths, we end up learning some of the best lessons in life and this path usually ends up being a blessing.
For example, some people feel like David Icke is full of disinformation.  Perhaps some of the reptilian material is a little far-fetched but I wouldn’t discount its validity due to the numerous usages of reptilians throughout modern literature and art history.  The rest of his material is amazing in this writer’s opinion and is one of the reasons why he is predominantly featured on this website.  For others, his material may not resonate as the truth and this is their prerogative to either accept or reject then information, but to label it as disinformation is preposterous considering the amount of material he uses to back up his presentations.

When it comes to spiritual and metaphysical material, there are many opposing and contrasting views.  For example, the rotation of the merkaba has been debated between Drunvalo Melchizedek and Ashayana Deane. Melchizedek states that if you envision the rotation the way Deane suggests, you will implode while Deane states that Melchizedek’s way will turn you into “space dust”.  What does my discernment say?  I’ve tried it both ways and both were wrong because nothing negative happened.  That doesn’t mean thet either of these people are disinformation specialists. " MORE
Posted by The Hugs at 2:52 AM 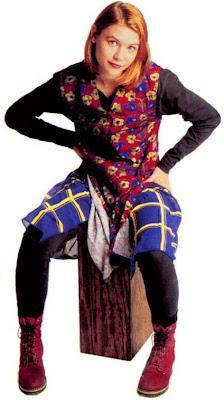 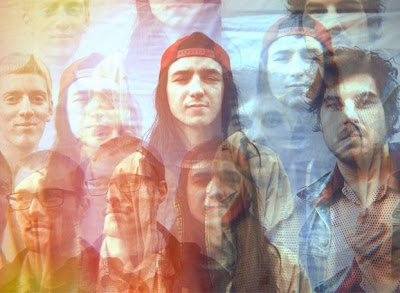 "In 2008, 18-year-old Danny Delegato sat across from the head of the U.K. branch of Columbia Records and listened to him explain how he was going to make Delegato and his band, the Hugs, into stars. For a kid freshly graduated from Southeast Portland’s Cleveland High School, the experience wasn’t just surreal, but also frightening. Delegato remembers his bandmates sitting there, shaking and red-faced, afraid to say a word. He felt brave for just talking back.

What really sticks out from that meeting, though, isn’t the empty promises, but something the record-company president said almost in passing: “I don’t want to fuck you up.”
At the time, Delegato didn’t know what he meant.

"Six years later, he has an idea. Plucked from Portland, where it labored in obscurity, and deposited directly into the machinery of the British music industry, the Hugs were, for a flash of time, England’s next big thing. Of course, over there, next big things come and go with editions of the Daily Mail. After 2 1/2 years of building buzz around its guitar-driven, ’60s-inflected garage pop, the subsidiary label that signed the Hugs folded, its album never came out, and the band returned to Portland, where it was no less obscure than when it left. Looking back, Delegato understands why the label head said what he did. It was a warning."

“He was basically saying, ‘I don’t want to destroy you as a kid,’” Delegato says from a table at the Starbucks near his home in Northwest Portland. “Because we were kids, y’know?”
At 24, Delegato still looks very much like one. Tangled black hair hangs to his shoulders. His boyish face, dotted with a teenager’s blemishes, is augmented by round-frame glasses. Naturally, Delegato is a bit sick of discussing those days in London..." More

Dearest Fans:
We’ve been hard at work since our last release/EP Dirty Gems.
Now we’re back with bigger + better material. We have been writing new songs (14) since July 2012!  Currently finishing ‘bells & whistles. Then onto Mixing + Mastering.
This album will be The Hugs Third Full Length Studio LP. We began recording in March of this year and plan to finish tracking this month. For now listen to a special b-side titled “Room”
We’re very excited to unleash all these new songs to the world! Tracklisting, music-videos, release details coming soon.
The Hugs

"There is an Esoteric Agenda behind every facet of life that was once believed to be disconnected. There is an Elite faction guiding most every Political, Economic, Social, Corporate, some Non-Governmental or even Anti-Establishment Organizations. This film uses the hard work and research of professionals in every field helping to expose this agenda put the future of this planet back into the hands of the people.
The more humanity strays from its’ origin, the more we deny our bond with nature, the farther from perfection we become.

"We are the only creatures on the planet that use symbols in reference to something else. This documentary shows that we use symbols for absolutely everything the mind can conceive of. There is at least one word or icon or gesture to insinuate everything our five senses can detect and then some. But along with this beautiful gift comes a flaw."

Most people are unwilling to seek and create their own interpretations of these symbols. Instead, they blindly submit to preconceived definitions and connotations given by sources unknown. Because of this, many things have been predetermined in our understanding of life without our knowledge. Words can be perverted and used to manipulate rather than to inform. Symbols can be used to segregate rather than unite. And those given the responsibility and authority to disseminate information to the public possess the ability to do with it as they choose." 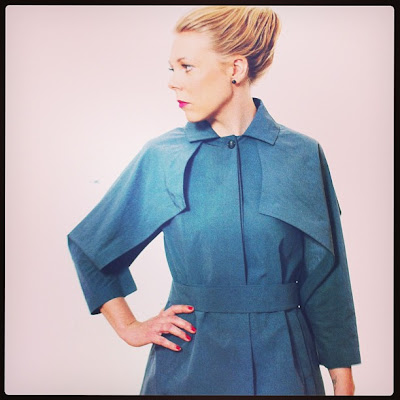 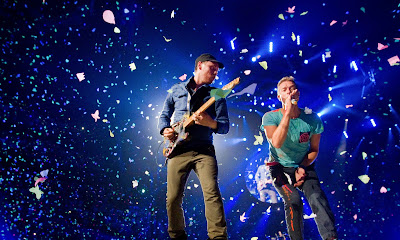 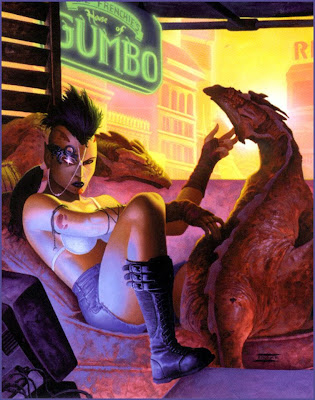 What is a star seed?  Better yet, who is a starseed?  If you trace the origins of human lineage, you end up with a plethora of questions.  For example, if wewere to believe the bible’s origins of mankind and assume that we came from Adam and Eve, then that assumption wouldn’t explain the genetic differences in our population.  Continuing with the bible story, we are led to believe that Noah and his family were the only survivors of the Great Flood, which means we are allegedly all descendents of Noah and his family.  Are we to assume that Noah brought aboard two of every ethnicity as well? That’s highly unlikely.

Let’s examine the other possibilities.
Zecharia Sitchin believes our DNA was genetically manipulated, which remains a possibility, but why would the Annunaki create various ethnicities instead of one slave race?
That leads us to another, more feasible, possibility.  We were seeded here from various star nations.  In this premise, genetic and ethnic diversity is explained.  It also covers the differences in our blood types, such as Rh negative, Rh positive, A, B, AB and O blood types.  Perhaps some star nations have people with predominantly red hair and freckles while others have dark skinned inhabitants?  Maybe some, such as the Pleiadians, have blonde hair and blue eyes?" ...More"

I'll Show You This Sight 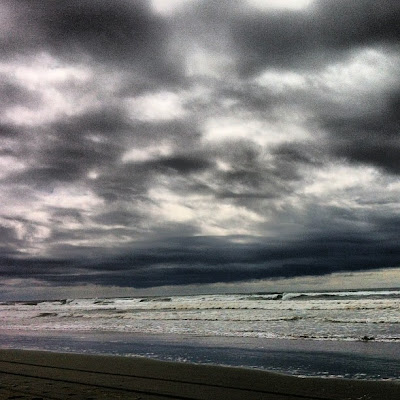 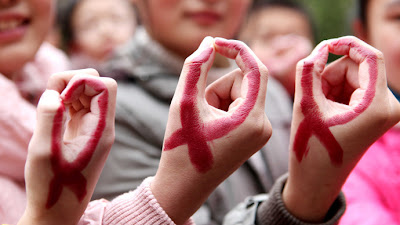 "Researchers in Denmark believe that they are on the brink of a breakthrough in finding a cure for HIV “within months”.
The Aarhus University Hospital, in Aarhus, Denmark is conducting clinical trials which will test a “novel strategy” where the HIV virus is stripped from human DNA and then destroyed permanently by the body’s immune system...." MORE
Posted by The Hugs at 2:28 AM

Go For It Babe 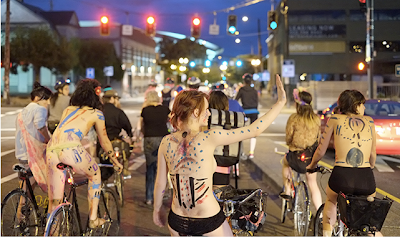 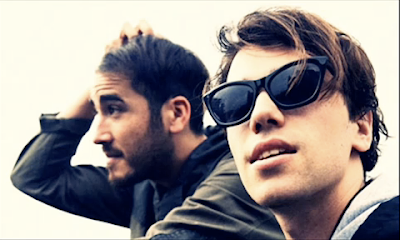 Land of The Free 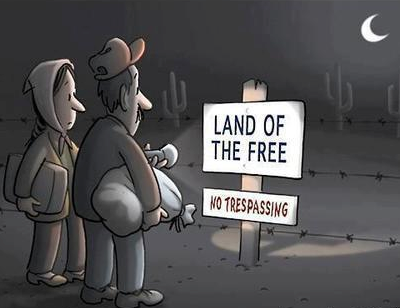 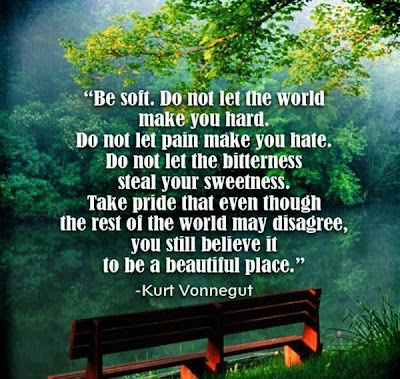 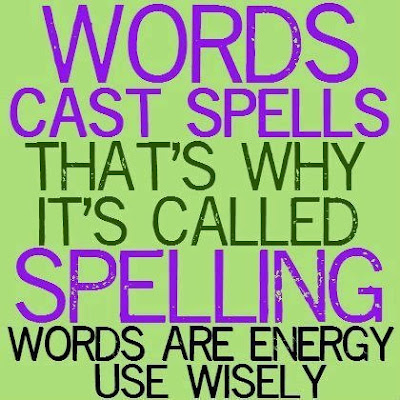 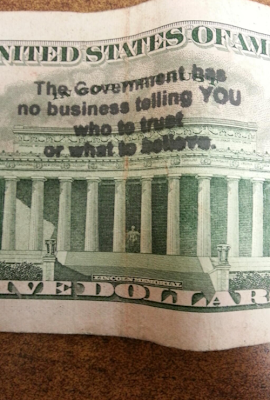 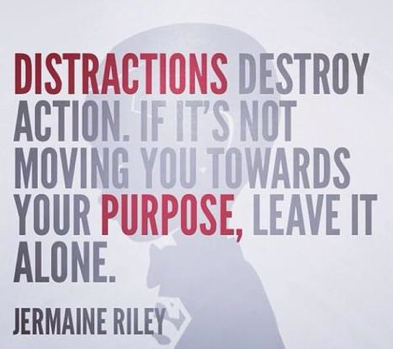 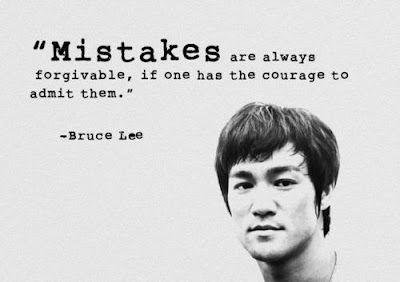 How Monsanto Went From Selling Aspirin To Controlling Our Food Supply 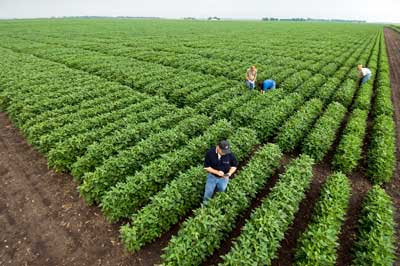 http://www.truth-out.org/news/item/15856-how-monsanto-went-from-selling-aspirin-to-controlling-our-food-supply
Posted by The Hugs at 11:25 PM 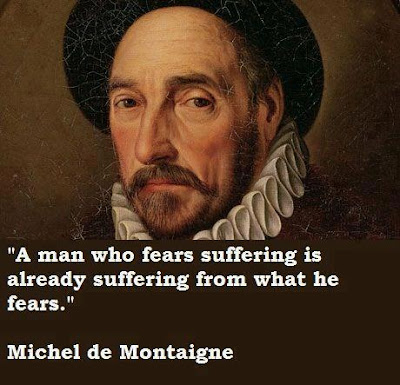 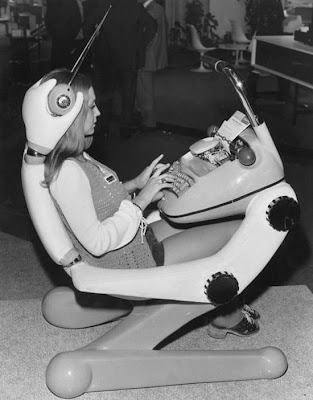 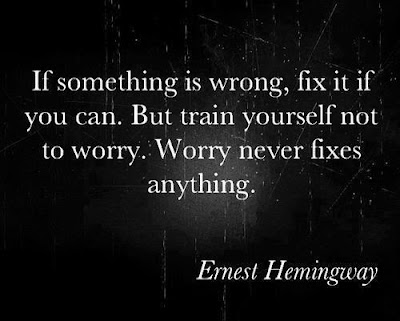 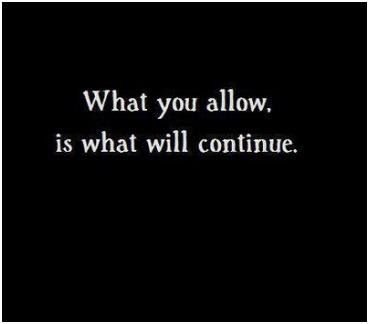 
SIRIUS - A Documentary That Can End The Need For Fossil Fuels.

“The future has already arrived. It's just not evenly distributed yet.”

Who Are The Real Boston Bombing Suspects?

"The FBI originally feigned ignorance over the identity of the two Boston bombing suspects, Tamerlan and Dzhokhar Tsarnaev, as they appealed to an unwitting public to help them "identify" and "find" the suspects.


The Tsarnaev brothers' family, immediately after their identities were confirmed by Boston police and the FBI, claimed that the FBI had contacted the suspects years ago and had monitored their activity for years since. The mother of the suspects claimed to Russia Today that her sons were set up by the FBI. Russia Today, in an article titled, "'They were set up, FBI followed them for years'- Tsarnaevs' mother to RT," stated of the suspects' mother:

But her biggest suspicion surrounding the case was the constant FBI surveillance she said her family was subjected to over the years. She is surprised that having been so stringent with the entire family, the FBI had no idea the sons were supposedly planning a terrorist act.

She would say of the FBI to Russia Today:


“They used to come [to our] home, they used to talk to me…they were telling me that he [the older, 26-y/o Tamerlan] was really an extremist leader and that they were afraid of him. They told me whatever information he is getting, he gets from these extremist sites… they were controlling him, they were controlling his every step…and now they say that this is a terrorist act! Never ever is this true, my sons are innocent!”...

http://www.filmsforaction.org/news/the_fbi_has_now_lied_about_what_they_knew_about_the_boston_bombing_suspects_twice/
Posted by The Hugs at 11:10 PM 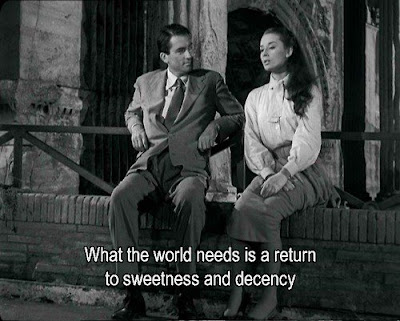 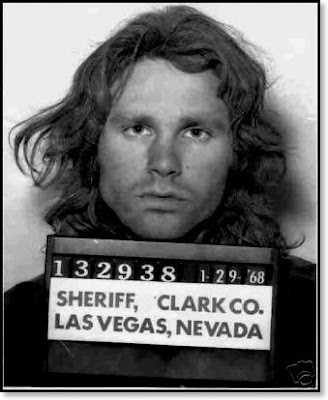 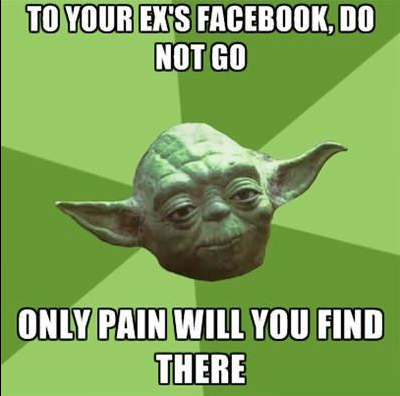 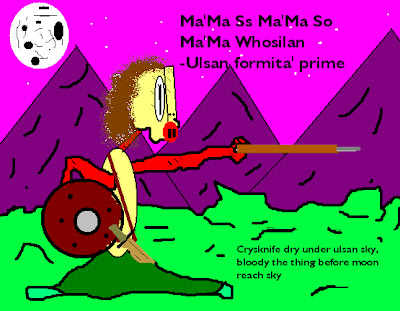