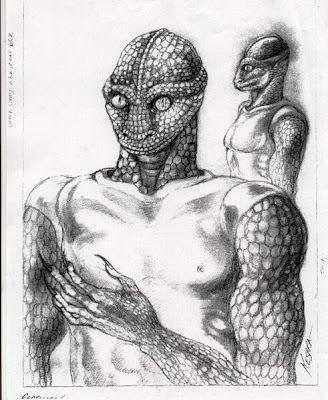 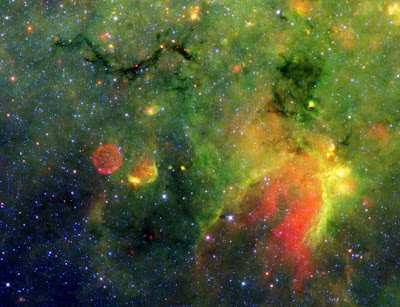 A Story you should read. . .OPEN YOUR MIND

"At the end of that 15 days of meeting person after person telling me the same story of seeing humans become reptiles, I was sitting in the speakers' room at a Whole Life Expo event in Minneapolis where I was appearing and was chatting about these experiences when a gifted psychic lady said that she knew what I was talking about, because she could see the reptiles inside and around the bodies of leading world politicians, and the business, banking and military e1ite. This was possible because, as someone who had accessed her psychic sight, she could see beyond the physical and into the lower fourth dimension where these reptilians reside. What did Miguel De La Madrid say to Cathy O'Brien?

The reptile-human bloodlines could fluctuate between a human and iguana appearance through chameleon-like abilities, 'a perfect vehicle for transforming into world leaders'. This psychic lady said that most of the people in positions of power appeared to be reptiles, but there were others who were still human and these people, she said, were "overshadowed and controlled" by a reptile, but they weren't actually reptiles. We would call this being possessed. This is an important distinction. There are the 'full-bloods' who are reptilians using an apparent human form to hide their true nature, and the 'hybrids', the reptile-human crossbreed bloodlines, who are possessed by the reptilians from the fourth dimension.

A third type are the reptilians who directly manifest in this dimension, but can't hold that state indefinitely. Some of the 'Men in Black' are examples of this. Many of the possessed people will have no idea that this is so, but their thoughts are the reptilians' thoughts and they act in ways that advance the Agenda without realizing the background to how and why they are being used. Leading Brotherhood families like the Rothschilds and the Windsors are full-bloods reptilians wearing human physical bodies like an overcoat in the full knowledge of who they are and the Agenda they are seeking to implement. Another comment the psychic lady made was that in her altered state of consciousness, Hillary Clinton appeared as a reptile, while her husband, Bill Clinton the US President, was only overshadowed, and controlled by one. This is interesting because my own research, and that of others, has revealed Hillary Clinton to be much higher in, the hierarchy than Bill, who, while of a crossbreed bloodline, is a pawn in the game, to be used and discarded as necessary. It is not always that the most powerful people are placed in what appears to be the most powerful jobs. Often they are not. They are the string-pullers of those who appear to have the power.

There is another key difference between the full-bloods and the crossbreeds. Everything is created by sound. When you think or feel, you emit a wave of energy which changes the energy around you to resonate at that same vibratory level, That wave is actually a sound, broadcasting beyond the range of human hearing. Form cannot exist without sound. As you can see in a fantastic series of videos called Cymatics, it is sound which turns matter into form. In the videos, sand and other particles are placed on a metal plate and this is vibrated by different sound which rearrange the sand into amazing, often geometric patterns. With each change of sound the patterns change accordingly. Go back to the original sound and the original pattern returns immediately. It is like the waves that form the concentric circles of the planetary orbits around the Sun I mentioned in the last chapter, The solar system is also the creation of sound. Everything is. In the beginning was the word and the word was sound. In the Cymatics videos you see the particles form into mini planets, solar systems and galaxies, just through sound vibrations. Sound is also a wonderful form of healing because by resonating the body and its organs at their proper vibration they can be healed. Illness is disease, the disharmony of the natural vibrational state of the body and, because our thoughts and emotions are actually sound waves, our imbalanced thoughts and emotions disrupt the vibrational harmony and therefore lead to disease. This is how emotional stress causes illness. It is so simple.

Anyway, another incredible example of all this in the Cymatics videos is seeing almost human-like figures forming from the particles when certain sounds are emitted. Our bodies are also the result of sound resonating energy into form and if our minds are powerful enough to change the sound range of the body, it moves into another form or disappears from this dimension, altogether. This is what is called shape-shifting. It is not a miracle, it is science, the natural laws of creation. The full-blood reptilians of the lower fourth dimension can therefore make their 'human' physical form disappear and bring forward their reptilian level of existence. They shape-shift. To us in this dimension they appear human, but it's just a vibrational overcoat.

After the first draft, of this chapter was completed I met another woman, this time in England, who had been married to a man involved in Satanic ritual and the Brotherhood networks. He was head keeper of an area of land called Burnham Beeches, near the Buckinghamshire-Berkshire border a few miles from Slough, west of London. This is an ancient site mentioned in the Domesday Book at the time of William the Conqueror in the 1lth century and it has a reputation for Satanism. The lady who spoke to me was taking her dog for a walk across the land at dusk in the early 1970s when she saw a figure in a long red robe. When he lifted his head, she saw that his face was that of a lizard.

She obviously thought she was crazy, but this was no illusion, she said the 'lizard' was very real and very physical, not an apparition. She is very psychic and she later began to see people either transform into lizards before her eyes or be overshadowed by them in exactly the way described by the American psychic. If you look in the picture section you will see an artist's impression of what she sees with her psychic sight and many others have described exactly the same experiences. On July 20th 1988, a number of people in Bishopsville, South Carolina said they were terrorised by a "seven foot tall lizardman that had no hair, eyebrows or lips, three fingers on each hand and large slanted eyes that glowed red in colour. There were five sightings of this "lizard-man" and the story was reported in the Los Angeles Times and the Herald Examiner."
Posted by The Hugs at 11:33 PM